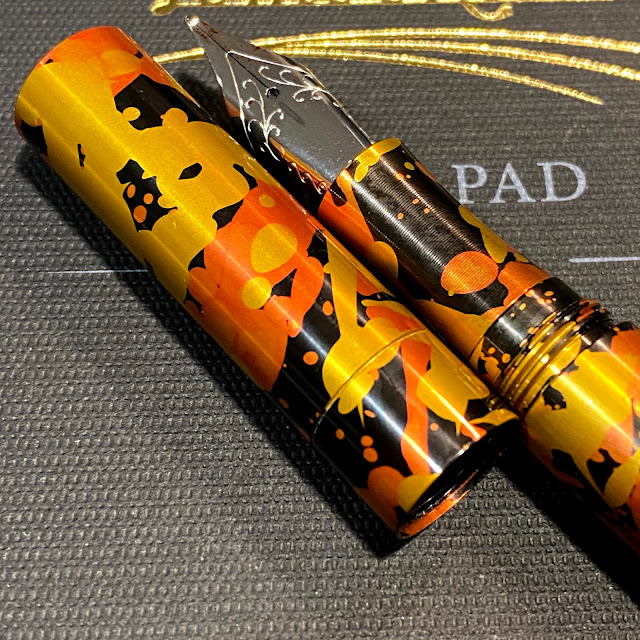 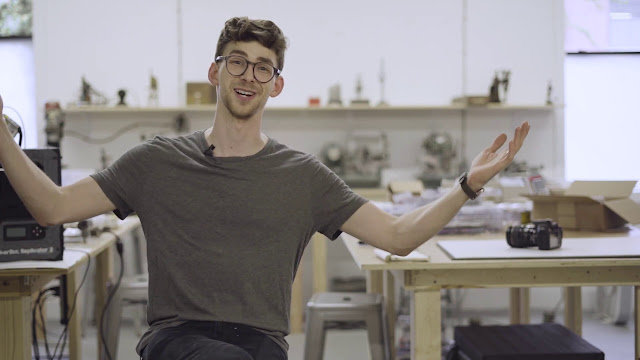 Schon Dsgn was founded through a kickstarter campaign in 2012 for a new innovative ballpoint pen designed by Ian Schon with a heavy focus on EDC, Everyday Carry, items that would last a lifetime. The brand is run out of Ian's workshop in Philadelphia and all the pens including the pocket six are designed by him. When I purchased this pen he was kind enough to allow me to schedule a zoom call to pick out the particular pattern I wanted. While I was on this zoom with him he gave me a quick tour of his workshop which was very interesting and informative about his pen making process. The particular model that I'll be talking about today is part of his newest batch of anodized colors, this one in particular is called Halloween. With my favorite color being orange I decided to finally buy a P6 and my only regret is not getting one sooner, If you don't have time to read the review I'll give you a spoiler, I love this pen. For those of you who can stick around for the review, let's get into the appearance & packaging of the pen.

The pen's packaging matches its EDC aesthetic and comes in a strong feeling plastic snap box with a foam insert. The box feels very functional and straight to the point as opposed to a lot of other pens coming with packaging that is big just for the sake of being big. In short, the pocket six is a no frills product that doesn't need fancy packaging to make it feel like a quality pen because it is already a quality pen and Ian knows this, anybody who picks up this pen knows this. The pen comes with a short international cartridge which is handy to get you started as this pen is cartridge fill only due to its small form. As for the actual appearance of the pen it is quite small and is just about the height of a deck of cards which fits in a pocket quite nicely. The pen has a faux cap band design in the middle of the pen which gives the pen a little visual symmetry which looks nice, it breaks up the design nicely. The end of the barrel has threads for the cap to post on the back, these threads are rounded off which makes it easier to catch the cap on the back when you try to post it. When posted the pen becomes a comfortable length even to the biggest of hands, combined with the nice deep concave of the section the pen kind of becomes locked into your hand. The most interesting part of this pen is the nib, its why the pen is called the pocket six. This pen has a Jowo #6 steel nib which is pretty much unheard of to have in a pen of this size that can fit in your pocket, in fact I think this pen was the first of its kind to include a nib of this size in a pocket pen. Now that we've covered the pens look lets take a look at the performance and the nib!

The first few pocket six batches that came out housed bock nib units and were set back more in the section to accommodate for length of the nib, he has since moved on to Jowo which I feel was a good choice. I own many more Jowo nibs than I do Bock in my collection so this works out well for me if I want to swap nibs for other ones on some of my other pens. The nib size I got was a Broad and I'm unsure if Ian adjusts the nibs that go out but mine was very nice right out of the box. In terms of actually writing the pen is a very comfortable weight and distributes well in my hand when in use, I'd go as far as to say its as comfortable if not more so than my Kaweco Alsport. This pen is not going to be for everyone and I get that, some people may not like the size and think it won't compare to a full size pen, those people are wrong. I would put this pen up against any other pocket pen on the market, could almost guarantee that the P6 would come out on top. The ink capacity is only a short international cartridge but I don't find myself wishing it had more ink or anything like that, I have been writing with this pen for a while and haven't had to refill it once. Now for those turned off at the idea of a pen that is cartridge only, fear not! You can easily fill a cartridge with a blunt syringe which allows for the use of all your favorite bottled ink, granted it's not quite as convenient as a converter but a converter would sacrifice the "pocket" part of this pen.

This tank of a pocket pen is an example of when somebody really dedicates themselves to developing a quality product, when someone just wants to make a product that speaks for itself. Ian stands behind his products and has found something very special in his company and in the pocket six. The pocket six comes in at a price of $135 which I feel is a reasonable and fair price for the pen that you get. I am very happy that I was able to pick up the Halloween color way that you can see in these pictures and like I said earlier, the only regret I have in regards to this pen is that I didn't buy mine sooner. Ian is a super nice guy with a super nice product and I really can't say anything more than to pick up a pocket six, just pick it up and feel it for yourself, I guarantee you will own one within 24 hours of you handling one! This has been the Schon DSGN Pocket #6 in Halloween. Enjoy & Keep Writing, plus stay spooooooky!
-Kyle