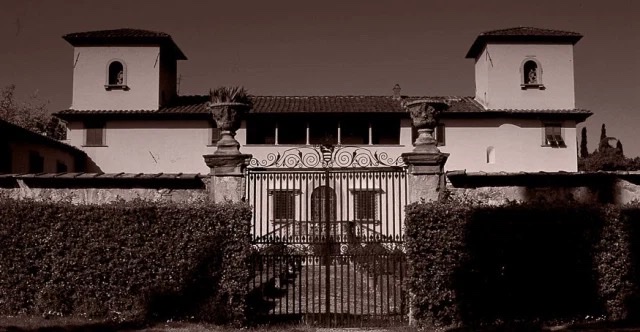 I've written about the Homosapiens model before and the edition I wrote about was last year's "Blue Lagoon" model and since that came out Visconti has broadened the horizons of what the HS line can be perceived as. Before I go off talking about the new colors let me just copy and paste a quick introduction to the brand and the HS line that I wrote for my original Blue Lagoon review. The brand Visconti was founded in 1988 in Florence Italy and their Italian heritage shines through in the products they make to this day. Founded by Luigi Poli and Dante Del Vecchio, two avid fountain pen collectors at the time, the brand has had collectors and enthusiast in mind from the very start. All of Visconti’s pens and writing instruments are designed in a 15th century Florentine villa that shows the brands dedication to the past masters of Italian artwork. While Visconti has a lot of different lines and collections, the Homo Sapiens line is their homage to nature. The original homo sapiens is dedicated to the volcanoes of Italy, even using a mix of natural Basaltic Lava on the regular Homo Sapiens models but the line is ever expanding as you'll see with the pens I'm introducing in this blog. Alright, now that the history lesson is out of the way I'll talk about the first of two of the new Homo sapiens editions, the "Tuscan Hills". 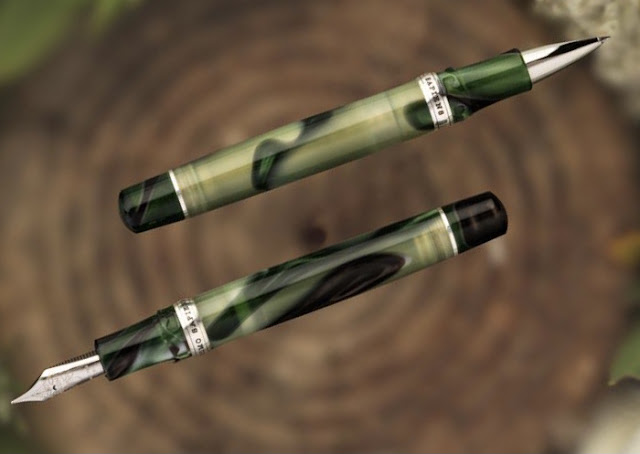 Aesthetics-    A lot like the other 888 versions of the H.S. this one is based upon another aspect of nature with the specific element being earth, last year's Blue Lagoon was based on water. However something a little different about this version is that this one's material is not quite as see through as the previous 888 editions, instead they decided to go with a more opaque resin that is still a little see through but not to the point of being able to see the internal vac filler rod or the ink color clearly. 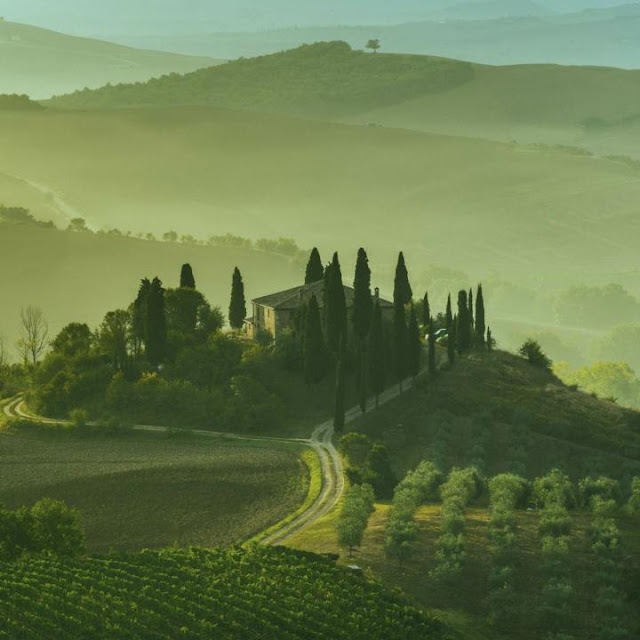 This decision was a good one that lends itself to the name tuscan hills because nothing about dirt, earth or ground is see-through so it is more true to form in this respect by not having it be completely see through. Visconti is also doing a little bit of a refresh with some of their products and logos recently, a refresh that I don't prefer over how things were before and its nice to see that the 888 is the same as previous versions in respect to the nib stamping and packaging however it is unclear to me whether the magnetic my pen insert at the top bears the old Visconti logo or the updated modern one.
Performance-      It's no secret by now that Visconti makes beautiful writing instruments of exceptional quality and the homo sapiens model is one of the brands most iconic lines which means it may get a little extra attention to detail at the end of the day. I must admit that it is unclear if this model still uses the bock nibs found on earlier versions of the H.S. models or if they have opted for the new Visconti in-house nibs that are featured on the multi-colored lava models.
In either case the pen will write very well, the bock nibs did have a small history of needing adjustments out of box but it really isn't too big a deal and its something that has been mostly fixed with the introduction of the in house nibs. The thing that makes me keep coming back to my H.S. is the ink capacity, this pen can out write some of the other offerings from other brands that are in this price bracket which makes it one of the best workhorse pens for everyday writing. This pen even holds more ink than the 823 from pilot which is often cited as a pen with a huge ink capacity, pretty much the only way to get a bigger capacity would be to purchase an eye dropper pen which are decidedly less common. 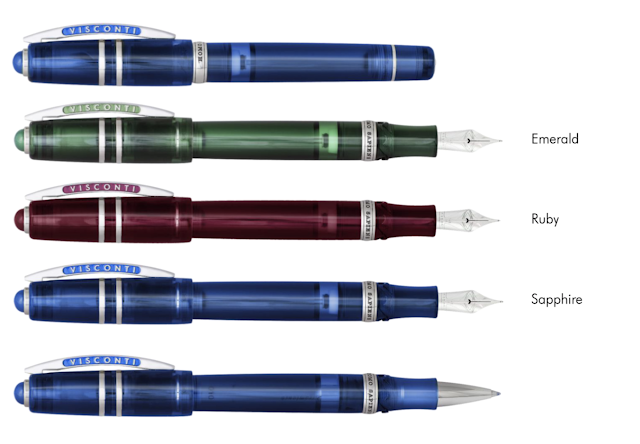 Aesthetics-    Seeing as how this is also a member of the Homo sapiens family the pen is pretty much the same in size and shape but the difference is obviously in the color options. For this 3 color collection Visconti was inspired by the beauty and opulence of precious stones and seeing as how there is a red, blue and green pen the stones in question are rubies, sapphires and emeralds. The addition of these colors are quite nice for the Homo sapiens line because it means that a full demo version of the model will always be available and not exclusive to the more limited editions. It is true that they has the skylight and crystal dream which both featured ink windows but these are the first full demos to be added if my memory serves. 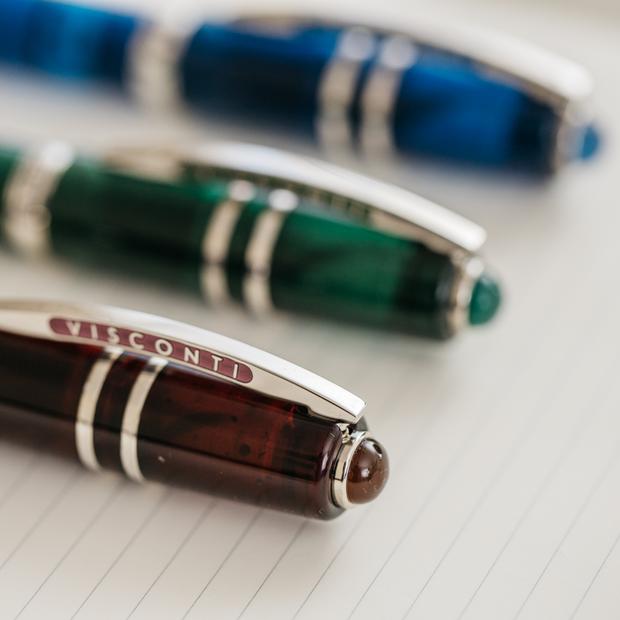 One thing slightly different about these models is that in place of an emblem bearing the Visconti logo on the cap, they have an insert with a domed piece of the same color material as the pen to make it look like a cabochon gem insert. 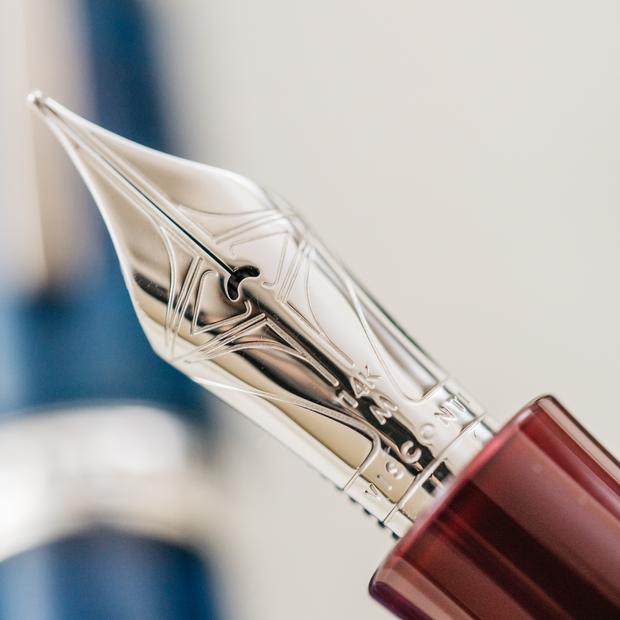 Performance-    The performance of these pens is going to be similar to the Tuscan hills but I know that these have the new in-house nibs so that is a nice touch but other than that performance and ink capacity is nearly the same!
Swing by and see these fantastic new colors in person, you can also try the nibs out if you've never written with a H.S. before but be warned, once you pick one up its hard to put it down! Oh, one more thing, remember to enjoy and keep writing!
-Kyle