A Closer Look at the Parker Pen Brand 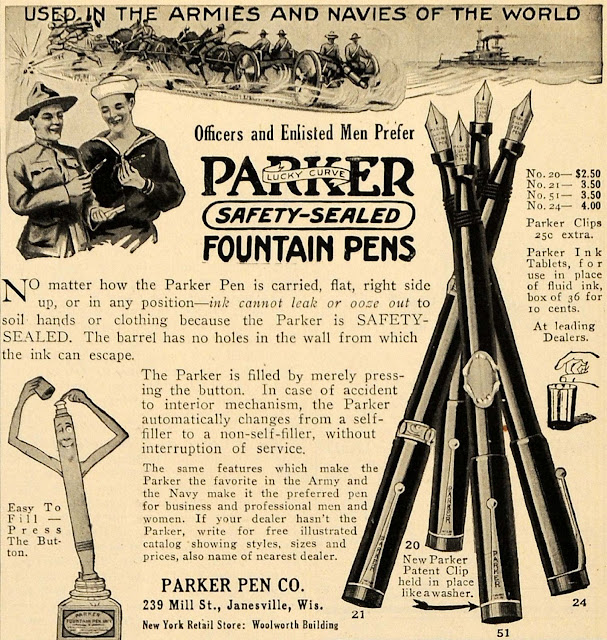 The origin of the Parker pen company is like that of other pen brands that are now con sided staples, George Safford Parker wanted to own a pen that was reliable and that didn't leak. The brand was established in 1888 by George Parker and he was able to patent his first pen just a year into the companies establishment. Parker became a big contender in the pen market around 1894 which is when they first patented the "Lucky Curve" feed system which would allow excess ink from the feed to flow back into the reservoir preventing leaks and prolonging ink usage. 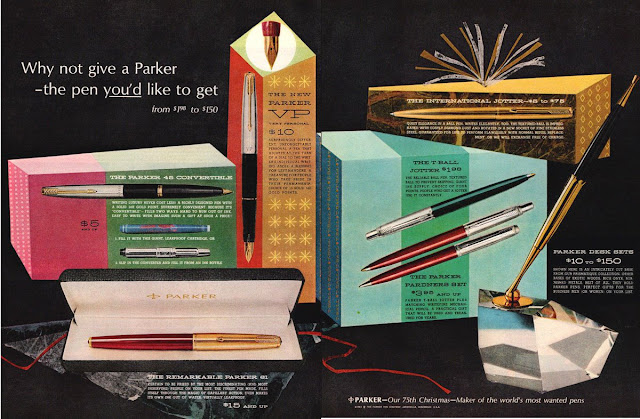 1903 saw Parker expand their horizons to a global market and essentially went on a world tour to showcase what they were doing in the world of pens at the time. It wasn't till 1911 that the Lucky Curve system was actually patented after small improvements which saw more and more of them introduced to the market. In 1918 the Parker pen company would surpass an annual revenue of $1,000,000 which, adjusted for inflation, would be approximately $19,000,000 in 2021 which is pretty remarkable just coming out of a war. 1921 saw the brand release one of the most famous and iconic fountain pens to date, the Parker Duofold, vintage models are still highly collectible and sought after to this day. 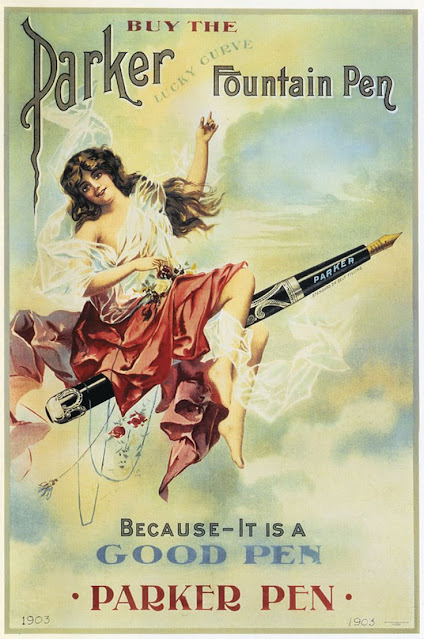 The company would continue to come out with pens that are now considered to be classic like the Vacumatic in 1933 and the 51 in 1941. Enough of the brands rich and flourishing history, lets take a look at their current offerings available through Pen Boutique. 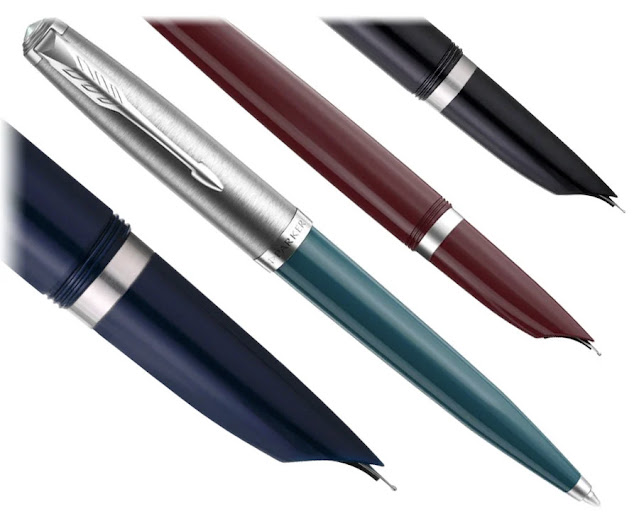 Originally released in 1933 the Parker 51 has a very interesting look and unique nib design that sets it apart from most other pen models of the time from Parker or any other company for that matter. The 51 was recently revived by Parker due to popular demand and they've stayed pretty true to the original design of the pen. When it first came out in the early 30's the 51 heralded multiple innovative design features with the most notable being the hooded nib, this was to keep the nib wet and provided a better ink flow with less chance for hard starts. Unlike the vintage 51 models the revival is a standard cartridge converter model which is disappointing compared to the vintage aerometric and vacumatic models but is understandable for a revival.

Buy Product
The new 51 is available in 2 different types, the first being the ones you see above with the silver caps, these all have stainless steel nibs and come in 4 different colors. The other version of the 51 comes with a gold cap which indicates the 18k gold nib under the hood and this version only comes in 2 colors. You can buy the new Parker 51 at Pen Boutique between $87.20-$248.00 depending on the nib choice you go with. The Parker IM is a strong contendor from Parker as far as mid-range pens are concerned and does its job quite well for a respectable price that won't break the bank. The construction of the IM is of various finishes of metal giving the pen a strong feeling without adding too much weight that could throw off the balance of writing. Another benefit is that it is available in a variety of colors which could make them great gifts for students or for someone wanting to have a little fun at work to venture outside of the standard Bic ballpoint. The IM has a steel nib and can be used with either a cartridge or converter, Pen Boutique has 11 color options split between the standard and premium IM models. The Difference between the two is that the premium options have intricately designed metal barrels with patterns on them to just give them that extra push towards elegance and professionalism. The Parker IM can be purchased from Pen Boutique in a staggering 11 colors for a price between $43.56-$79.88 depending on if you choose the standard or premium model. 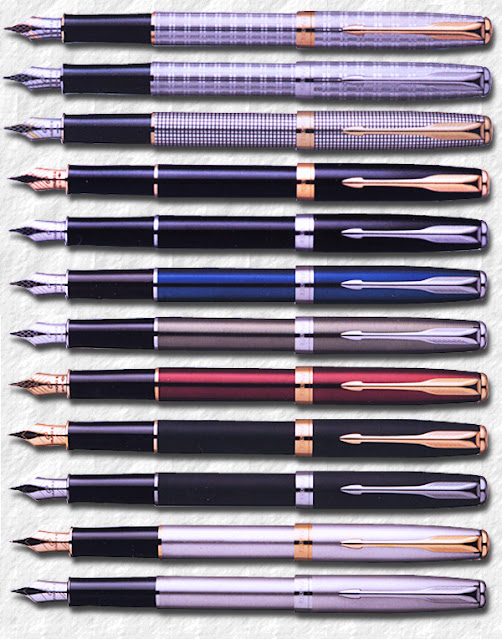 If you are looking to spend a little more dough than the previous two pen models the Sonnet may be for you. originally introduced in 1994 the Parker Sonnet is the picture everyone has in their mind when they hear the word fountain pen and this renewal of the design brings more colors and even some 18k gold nibs seen on the premium models. I like to think of the Sonnet as sort of the next step or big sibling to the IM because the design feels similar but something about the sonnet feels sleeker and more luxurious, especially with that 18k gold nib. The Parker Sonnet can be purchased at Pen Boutique in 19 different colors and finishes between the base and premium models at a price somewhere between $100-$379.39.

And finally we arrive at the most iconic and recognizable name in the Parker lineup, none other than the legendary Duofold. Originally introduced in an abundance of sizes and shapes in the 1920's the new Duofold harkens back to Parker's breakthrough design but with a more modern take utilizing more modern and widely available mechanisms. The models pictured above are actually new and commemorate the 100th anniversary of the model in some very interesting patterned acrylic. Overall Pen Boutique has 6 different colors of the Duofold available in-between the price range of $538.64-$1040 and I would highly recommend stopping by to try one out if you have never seen or held one in person, they are wonderful pens and the jewel of Parker's rich history producing writing instruments!