Kaweco: The Rise of the Pocket Pen 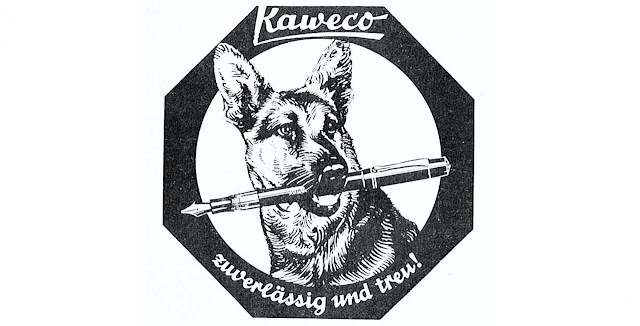 The Kaweco brand was technically founded in 1883 but was not featured on the Heidelberg directory until 1889, during this time the brand produced their own wooden dip pens but fountain pens and gold nibs were imported from Morton in New York. In 1908 the brand patented the first safety pen design which was a major development in pens at the time with other brands following in the footsteps of Kaweco in developing the safety pen.  In 1911 the brand released what is now one of the best pocket pens on the market, the Kaweco Sport. This pen was originally targeted at officers, athletes and ladies as a small pen that's easy to carry without being a nuisance. After business starts to pick up, Morton helps Kaweco set up production of their own gold nibs in Germany instead of importing from New York which gives the brand more choice in nib options. 1921 marks the year that Kaweco really turned into a successful company as they were now a public limited company and employed 600 employees. Production was halted after many successful years due to World War 2 and needing production lines and factories to help produce things for the war but after the war ended production started up again. 1994 is when Kaweco really started making a modern name for themself, they had a rich history in writing behind them but were acquired by H&M Gutberlet GMBH. The brand released a new revived model of the sport based on the designs from 1935 which is a big reason for the mass success of the sport models to this day. Flash forward to today and Kaweco has grown into a global company with their products being available in over 40 countries with new variations of their most popular models still being released every year!

Buy Product
This pen in the Kaweco line up is based on an original design from 1900, originally a dip pen, Kaweco decided to change it to a cart converter to have a more modern appeal. This pen would originally be made out of wood or ebonite but is now made with a high quality plastic that has a fairly nice feel in the hand. This pen has a nice ergonomic grip section that is both comfortable to write with and may be a good starter option for those just learning to write or wanting their first fountain pen. The pens have a matte finish with a faceted design and come in some interesting colors like the cotton candy finish which is gray and a pale pink. These pens are not terribly expensive and come in at a reasonable $17.00 which I feel is a good value due to the nice smooth steel nib as well as the ergonomic grip section, The cartridge converter option also makes it convenient and easy to clean. 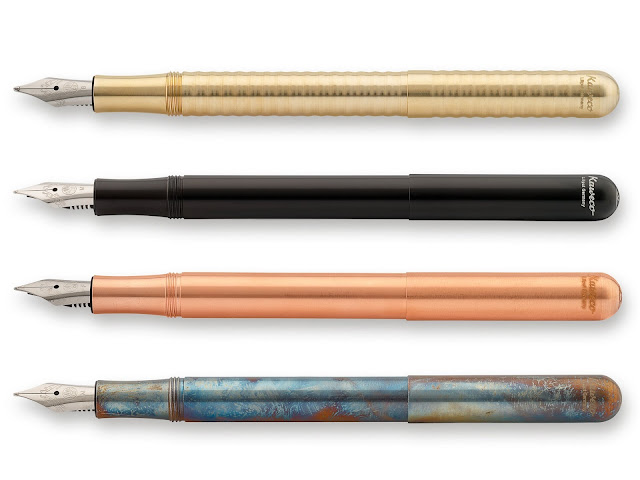 Based on a design from 1908 the liliput is one of the smallest functioning pens that I've written with and despite its small size it is very comfortable to write with. The original models from the early 1900's were made from black ebonite and featured a gold nib, the modern adaptation is now equipped with a steel nib and comes in either brass, copper or aluminum. If the small form factor of the liliput isn't for you they also offer a larger model called the Supra which features a steel nib as well but the actual size of the nib is quite a bit bigger. The material of these pens gives them a nice weight despite how small they are, I also like that you can just throw it in a bag and not worry about it breaking, I think they look better with some dings and signs of wear! The liliput's price is variable based on the material with the aluminum being the least expensive starting around $60, the brass starts at $80, the copper is next up at $120, and the fireblue stainless steel coming in at $170. The supra on the other hand has less material options and ranges from $130-$135. 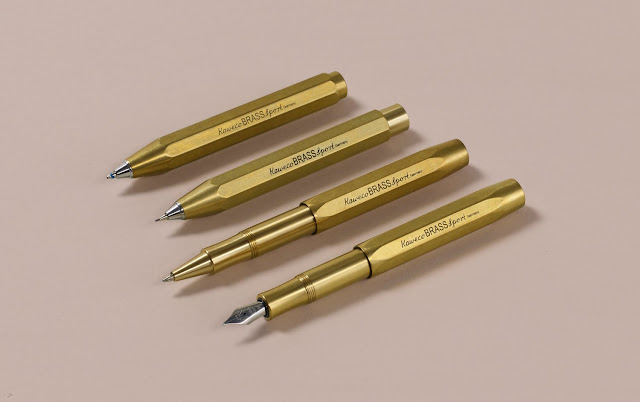 Originally released in 1911, the Kaweco Sport was created as a pen targeted towards "well-dressed society" especially towards sportsman hence the name. Since the 90's the sport has been getting multiple different colors and materials and has thankfully become less pretentious than what Kaweco alludes to on their website. The Al Sport has a special place in my heart as its really the pen that kicked off my collection after it was gifted to me from my parents, commemorating me getting into my first choice college! The sport comes in a variety of materials including: injection molded plastic, Italian acrylic that is turned by hand, aluminum, steel, brass, carbon fiber and these are specific to the different sport lines. The sport is a classic and one of the best pocket pens you can buy, the price point also makes them accessible for the plastic models and leaves room to upgrade to the metal models. The only other pocket pen I would put these up against are the beautiful pens made by Ian Schon in Philly but I'll dedicate a whole other post to writing about those! In short, there is no reason to not have a Kaweco let alone a sport in your collection! The pens range from $25-$180 for the sports with materials being the main factor for price difference.
Enjoy & Keep Writing!
-Kyle Skowronski