To see your special product price, add this item to your cart. You can always remove it later. What's this?

Our special VIP discount code VIP-DISCOUNT2019 which is applicable for any Montblanc products will be applied automatically during checkout.

Raoul Gustav Wallenberg was a citizen of the world. Born into a prominent Swedish family August 4, 1912, Wallenberg was raised primarily by his paternal grandfather who aided Raul in his education, introducing him to foreign lands, languages and cultures.

During his travels, Raoul was deeply affected by stories he heard from people who had escaped Nazi Germany.

In July, 1944, Wallenberg opened an embassy office in Budapest where he hired 400 people, many of them Jews who were granted diplomatic immunity for working in the embassy. Wallenberg’s office subsequently provided protective passports to 20,000 Jews. These passports, called Schutz Passes protected their bearers from deportation under the Swedish crown. Wallenberg also established safe houses which flew the Swedish flag, identifying them as annexes to the Swedish Embassy and shielding their inhabitants from the Nazis.

Wallenberg was fearless. He was a skilled negotiator and organizer, a good actor who could show different personalities as circumstances required. He could be calm, humorous and intellectual, warm and flattering, however, if necessary, he could be confrontational and aggressive, shouting and threatening. While befriending, bribing and buying off German officials, he reminded them that “at the war’s end, they would be seen as criminals on the losing end of the battle”. Wallenberg’s spies provided him with details about police operations and political activity, and the Nazis didn’t dare violate his Swedish diplomatic status. Wallenberg also personally rescued Jews from deportation trains by appearing at the train yard and handing out Swedish papers to as many as he could reach onboard, arguing that all those holding papers should be let off. Despite attempts on Wallenberg’s life, he remained resolute to his cause.

In December 1944, on a trip to Debrecen, located 120 miles east of Budapest, Wallenberg and his driver were taken into custody by Soviet forces. The two men were never seen or heard from again by the outside world.

Reports of Wallenberg’s imprisonment by the Soviets were at first denied, but in 1957, Andrei Gromyko, the Soviet deputy foreign minister admitted that Wallenberg had indeed been imprisoned by the Soviets and had died of heart disease in Moscow’s Lubyanka prison. His body was reportedly cremated, but no paperwork was given to Swedish authorities and no explanation as to his imprisonment was ever provided. Some theorize that Wallenberg may have been classified by the Soviets as a Western spy. In December 2000, Russia officially admitted Soviet forces had wrongfully held Wallenberg at a Soviet prison, however, the announcement did not provide any details about the cause of the diplomat’s death. It is generally accepted that Wallenberg was executed in 1947 in a Soviet prison.

In 1981, Wallenberg was named an honorary American citizen by U.S. President Ronald Reagan. Until that time, that honor had been held only by Winston Churchill. In 1995, a bust of Wallenberg was displayed in the rotunda of the U.S. Capitol, and in 1997 a stamp honoring Wallenberg was issued by the U.S. Postal Service.

Raoul Wallenberg is memorialized around the world, including a memorial at Yad Vashem in Jerusalem. This memorial honors non-Jewish individuals who risked their lives to save the Jews from Nazi executioners. One of the 600 trees along the Avenue of the Righteous bears the name of Raoul Wallenberg, a Swede.

Raoul is responsible for saving an estimated 100,000 Jews during WW2. He is honored in the Guinness Book of World Records as having saved the greatest number of people from extinction.

The Raoul Wallenberg is the 29th in the David Oscarson™ series of Limited Edition writing instruments. Produced in two color variations, each limited to an aggregate production of 100 pieces (including fountain pens and roller balls), the Wallenberg Collection stands as a lasting tribute to his life, his ultimate sacrifice and the estimated 100,000 Jewish lives he heroically saved during WWII.

A Schutz Pass featuring the likeness and signature of Raoul Wallenberg is featured in low relief on the cap of each Collection piece. On the back of the crown in high relief is the star of David. The unique clip design represents the road that was “winding, dangerous and full of obstacles” as the Jews were trying to escape the Nazis; engraved at its base are three doves in flight.

At the base of each barrel is the Swedish Triple Crown. One of the barrel variations features a repeating star of David motif inspired by the stained glass windows in the Dohany Synagogue in Budapest; the other features Raoul Wallenberg’s signature in high relief as well as the famous quote (in Swedish) by Raoul Wallenberg:”För mig finns inget annat val. Jag har åtagit mig denna uppgift och jag skulle aldrig kunna återvända till Stockholm utan att veta med mig att jag gjort allt som står i mänsklig makt för att rädda så många judar som möjligt.” which, translated reads: “For me there is no other choice. I have undertaken this duty, and I would never be able to return to Stockholm without knowing within myself that I had done everything within human power to save as many Jews as possible.

We are thinkers of 100% satisfaction. When you shop at PenBoutique.com, we want to make sure that you are fully satisfied. We are proud of the quality of our products and want you to be fully satisfied with your purchase.

Our return policy day is 45 days from the date of delivery. Please enclose a copy of your invoice and include all original packaging and literature. We will gladly give you a credit, exchange or refund, less shipping charges . If you receive a defective item we send you the shipping label/email return label to send it back to us. Please call us to make the FedEx/UPS Return label. For international orders, the refund will be made only in US dollars. We are not responsible for the exchange rate differences.

Fountain pens are special and once filled it is very difficult to resell the item when returned. When you purchase a fountain pen, it is recommended that you test drive it with dipping the nib in the ink. If you use the cartridges supplied with the pen or if you fill it with ink, then in order for us to resell, we have to send it to the manufacturer's repair facility. We want to make sure that all of our customers when they buy from us get a brand new pen which is not used. Hence, we will charge you a nominal restocking fee of 10% to accommodate these repair and shipping charges to manufacturer's repair facility. We then sell these pens in our outlet store. Please note that the restocking fee is only for fountain pen which is filled with the ink. If you have any questions please do contact us.

All returns under Return Policy requires an RMA (Return Merchandise Authorization) number. To obtain RMA# please call our customer service at (410) 992 3272 Option:2 or email us with CONTACT US form. Please include /have your Order#/web order# ready.

If an Item is returned to us without an prior authorization number,there would be a 15% straight restocking fee (Based on the condition of the product,if the product is damaged,there would be no refund).Also,the item should be received within the window of 15 days after you receive the product.

RMA's are valid for 15 days to send it back and will be not eligible for return after 15 days. Return your product to:

We cannot accept returns on

How To Prepare A Return:

To return an item purchased from Pen Boutique, please follow these guidelines:

2) Package Your Return. Please package your return carefully and address it to the below address. Please do not write anything like Montblanc or Cartier or the description on the package for security reason.:

2) Insure Your Package: Please insure your package to the appropriate value. When you send expensive items, please make sure that you insure it properly so that you can claim the value when it is lost. Generally for orders above $100, insurance is recommended.

We guarantee that every purchase you make on the PenBoutique.com website will be 100% safe. Although we never intend to have an incident of credit card fraud, if unauthorized charges are made to your credit card as a result of doing business with Pen Boutique, you will pay nothing.

Shopping online at Pen Boutique is statistically safer than using your credit card at a restaurant or department store. Technical experts point out that online purchases without human intervention are far safer than traditional credit card transactions because the information is immediately encrypted into a scrambled message that can only be decrypted by an authorized computer.

You will join millions of other customers who have safely shopped over the Internet. We're certain after successfully shopping online at PenBoutique.com, you will be on your way to appreciating the convenience and security of shopping from home. 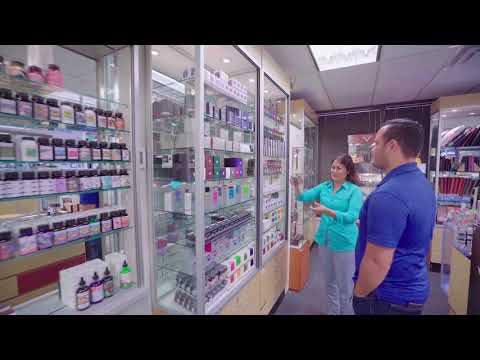 You may also consider This item needs additional shipping time as the item is currently on order and expecting an arrival from the vendor. We will ship it as soon as it arrives typically within the time frame or even sooner. We will reach out to you if there is any delay.